We had two people attempt their Black Belt and one attempt their second degree at the spring Black Belt grading at Bristol Academy this April. All three students were ladies. The good news is, they all passed!

Well done to Mrs Lynne Smedley, who has persevered hard to achieve her Black Belt. Congratulations to Ms Lauren (Legs) Macaulay for whom there was never any doubt; it’s fantastic she’s achieved her Black Belt before starting her new life in America – she will be sorely missed from our clubs. Extra big congratulations to Mrs Rachel Styles for achieving her second degree; again this took some perseverance and is a very well deserved second stripe on her belt. Ladies, you did yourselves and your clubs proud. 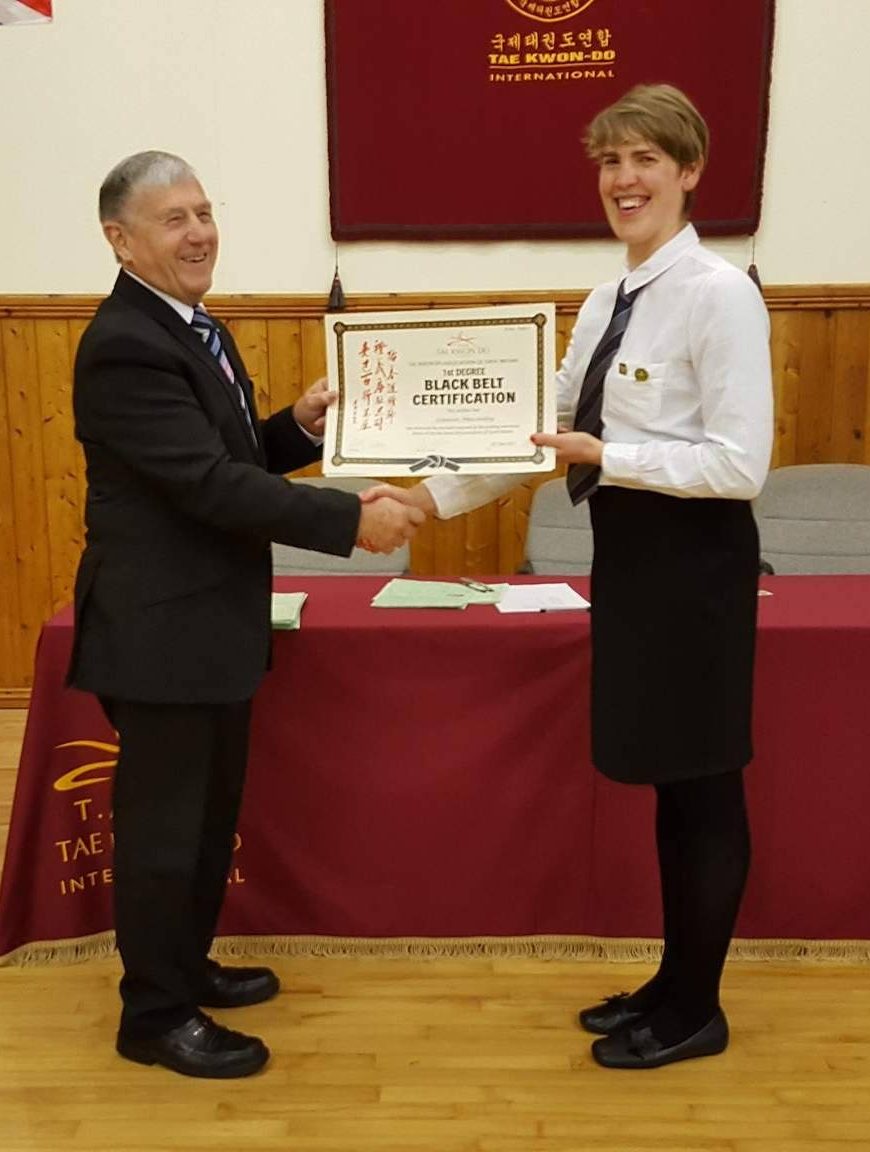 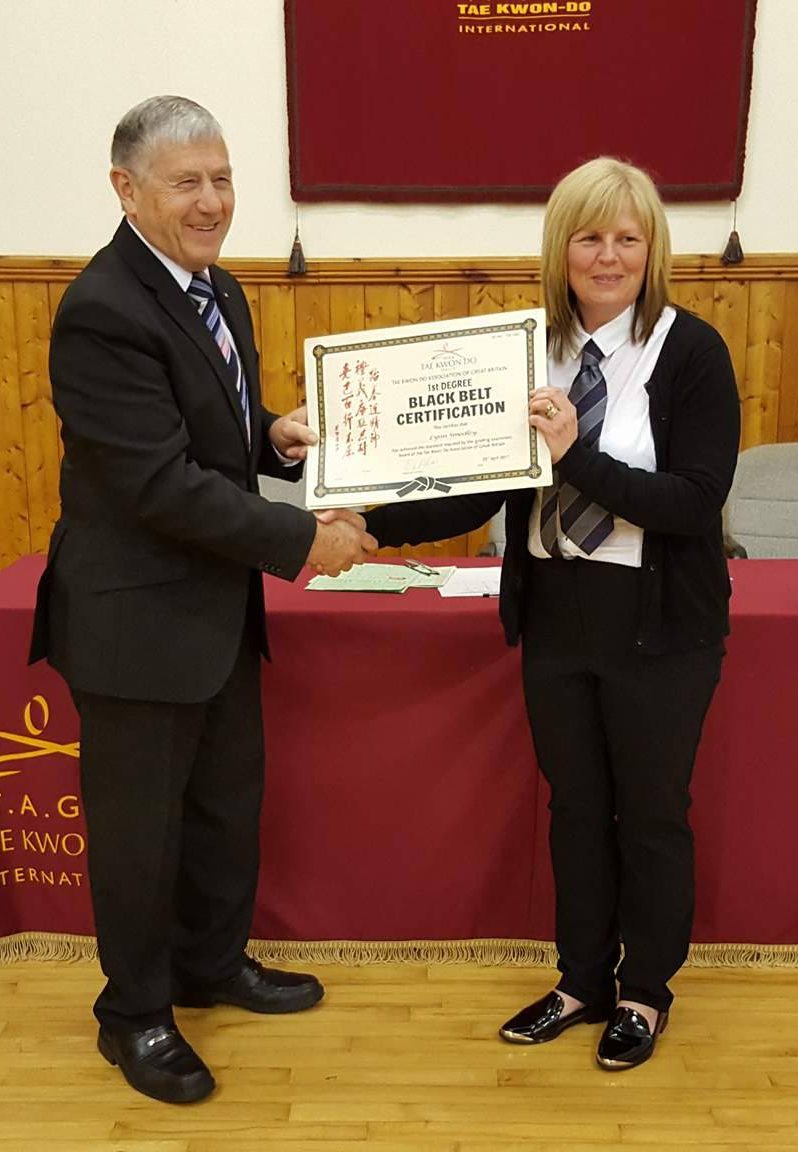 The coloured belt grading felt like a family affair! The atmosphere was warm, friendly, yet hard working. Things were lightened by Ms Hannah-Jayne Smith coming onto the floor having forgotten to remove her socks! And yet another nickname is born…

The grading went very well with a very high pass rate all around. Everyone passed the grading, many people achieved above average passes; both plus passes and the coveted A pass.

I would like to thank Master Dew and the group of Black Belts who came along to support the grading, thanks also to Miss Isabelle Jones, 1st Kup, for her support. 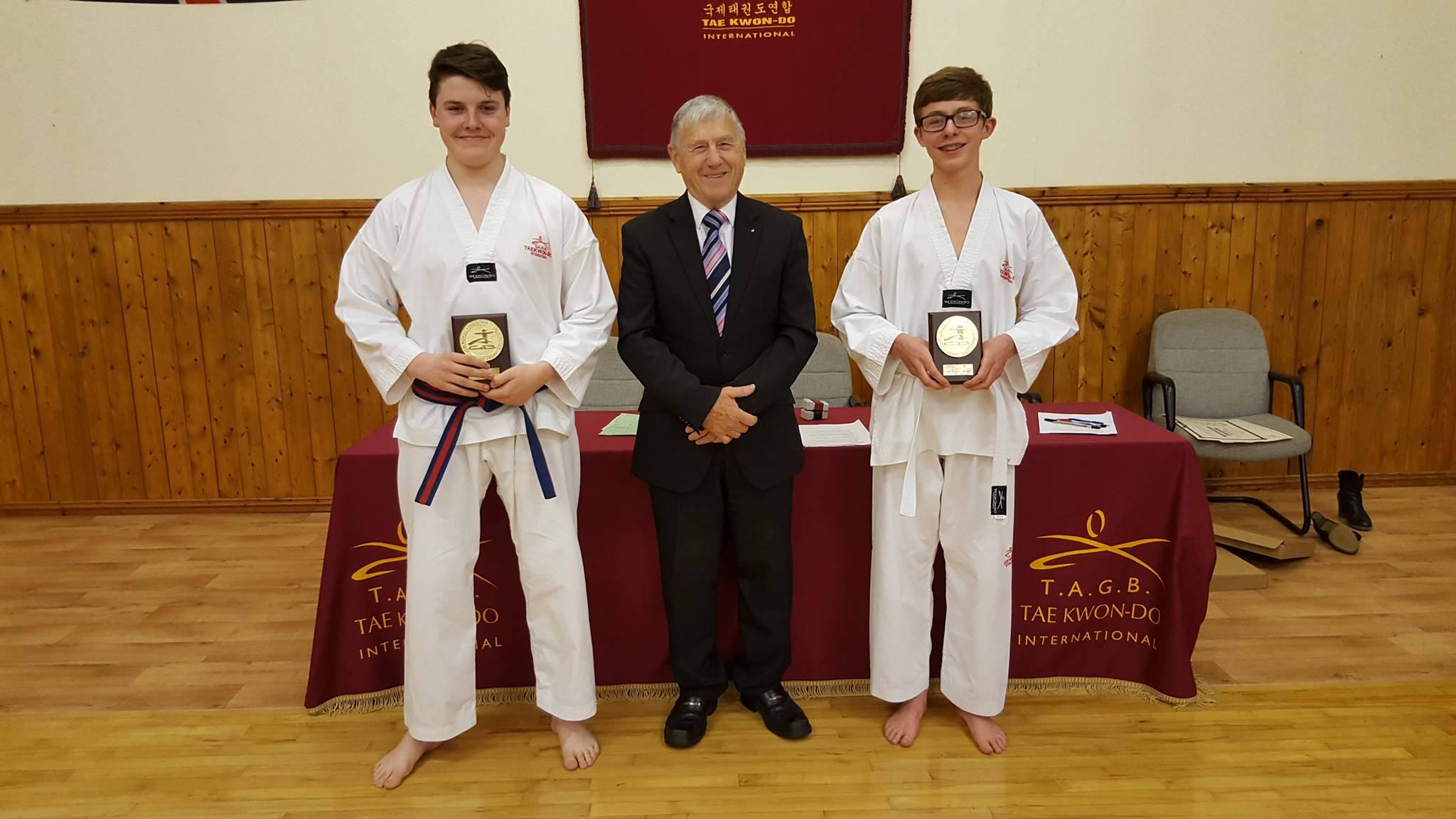 The recipients of the Coloured Belt Grading Awards with Master Dew

Black Belt Grading certificates were also awarded at the end of the grading – congratulations to all of you. 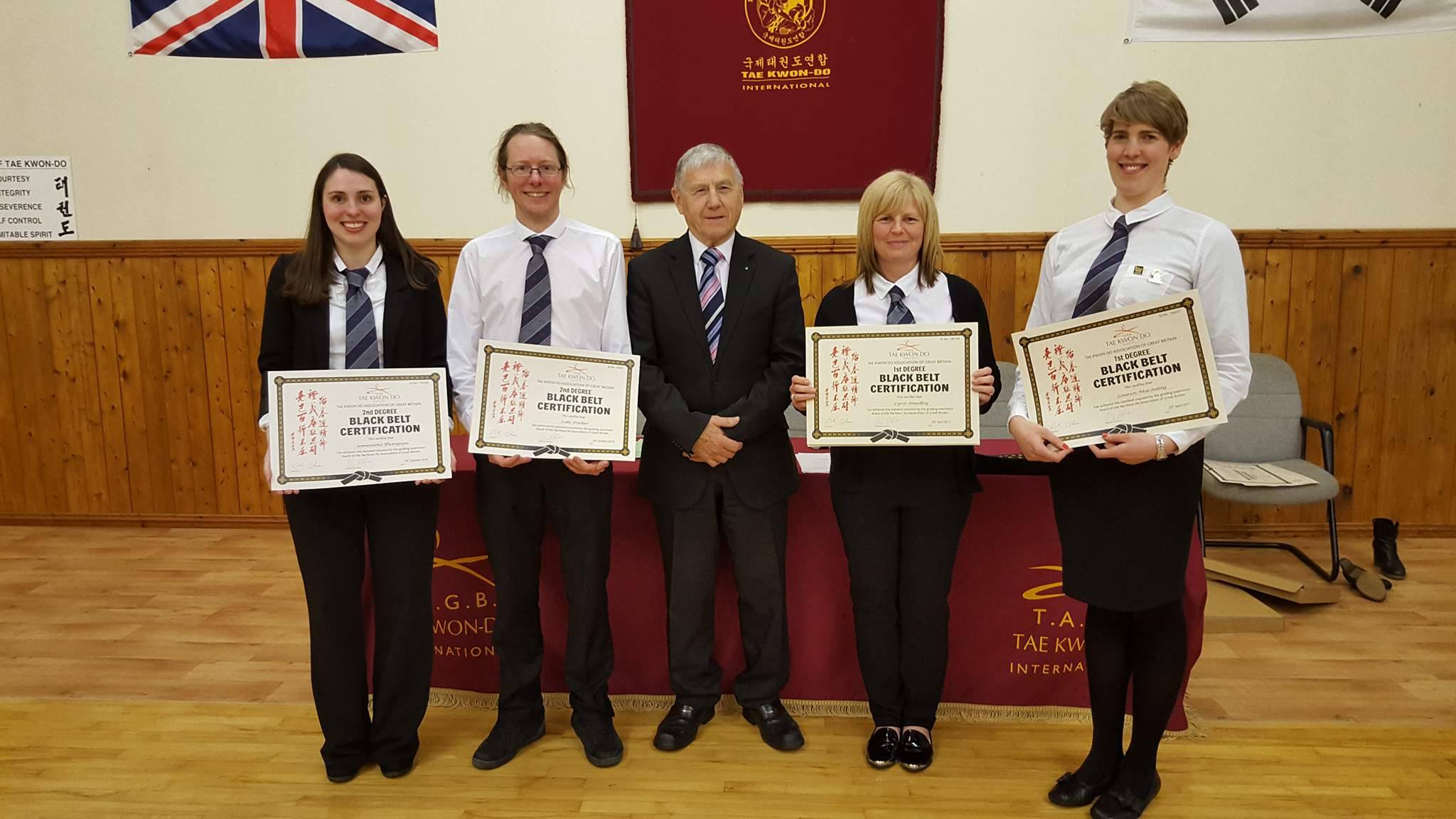 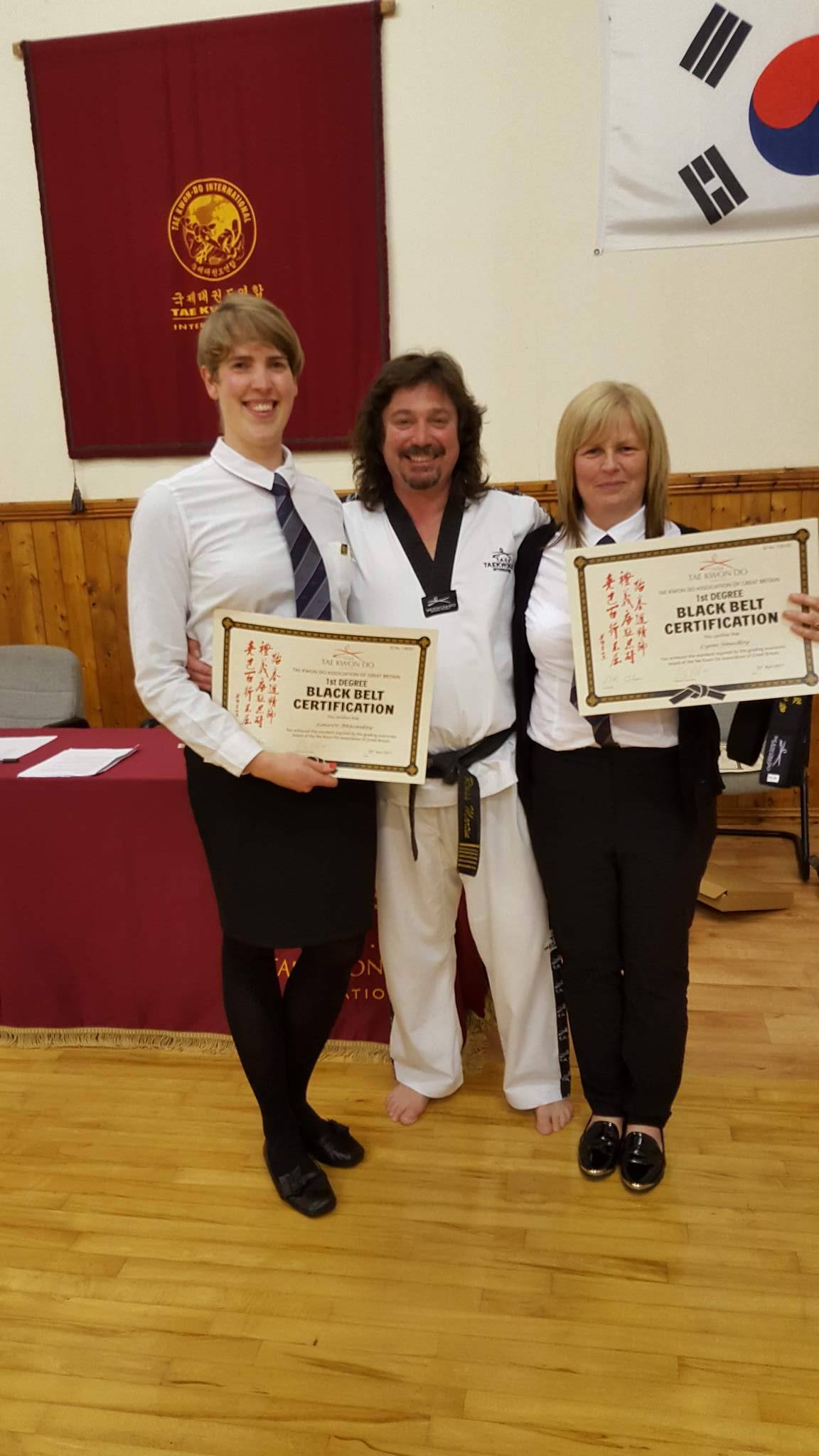 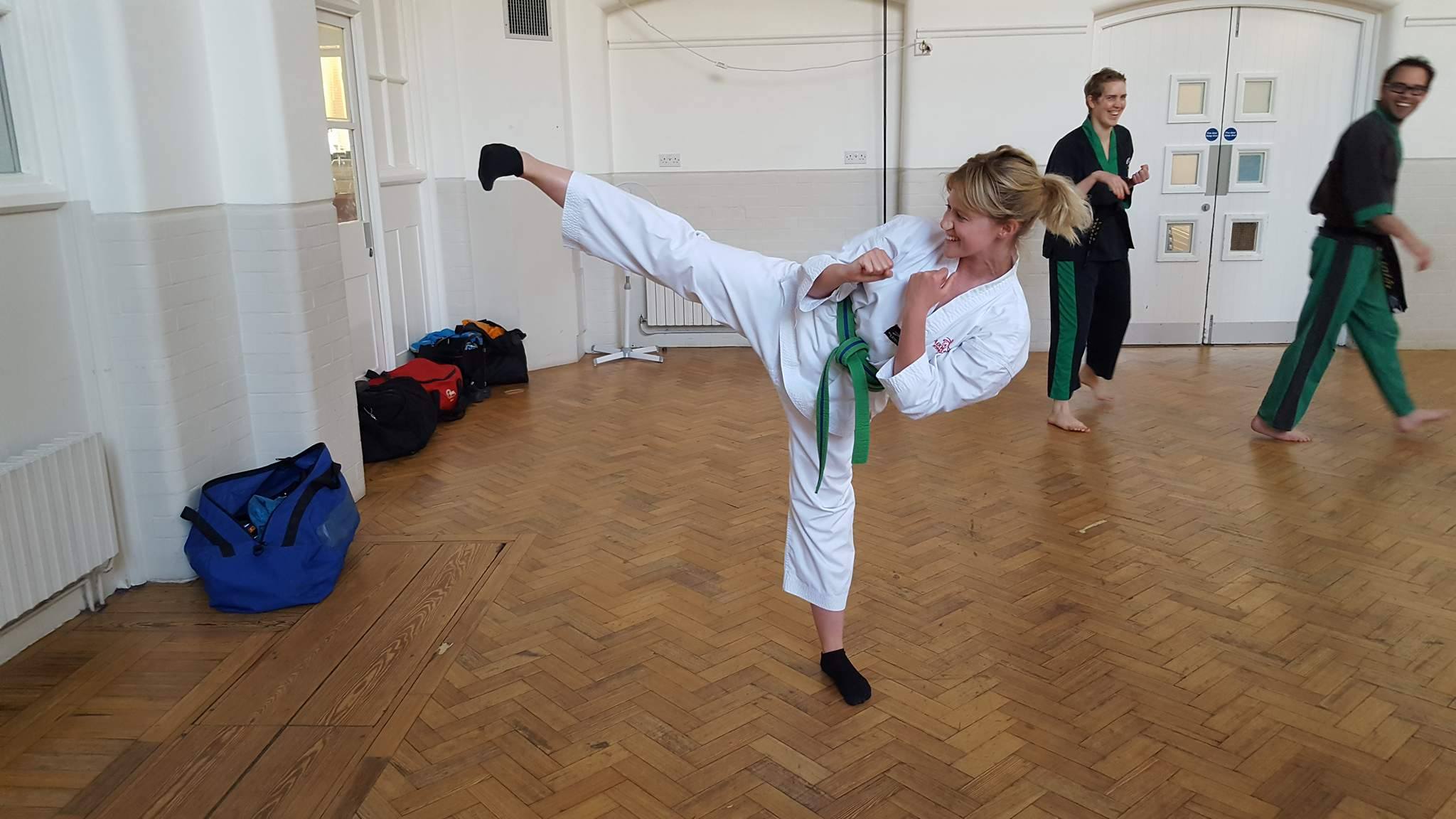