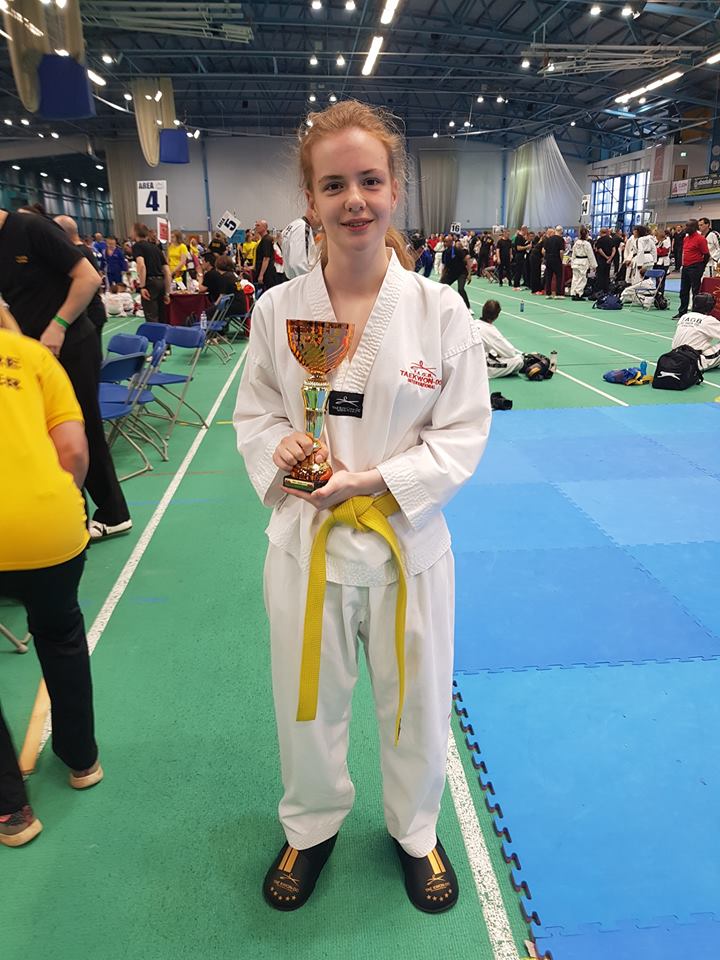 This year’s TAGB Welsh Championships took place on Sunday 20th May 2018 at the University of Wales Institute (AKA National Indoor Athletics Centre), Cardiff. The tournament was as good this year as any other. We didn’t have as many entries as we would usually have (maybe you’re saving your energy for the World Championships in July?!).

We had some notable successes on the day. Mark Edwards achieved a bronze at executive mens red belt sparring. Miss Filzah Fadzil got a bronze also at ladies green belt sparring. Mr Chris Jones got a gold for male cadets red belt sparring – this is a great achievement for Chris – now the new Welsh Champion! In her first tournament, Miss Tabitha Read achieved silver at cadet female yellow/green patterns and Gold at cadet female yellow/green sparring! Another Welsh Champion! And a fantastic result for a first tournament. 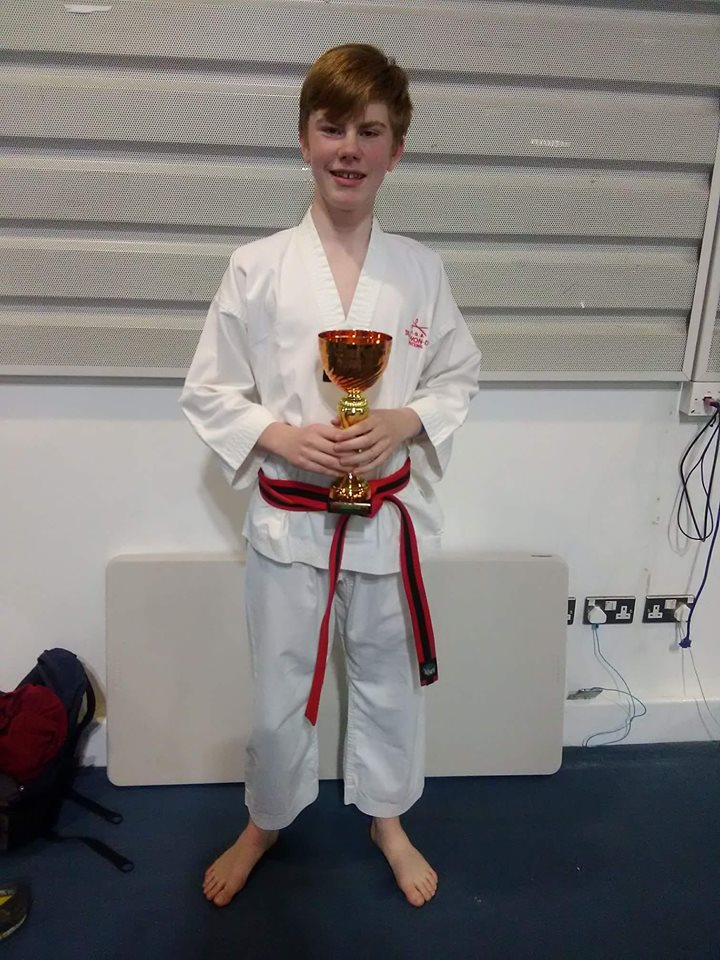 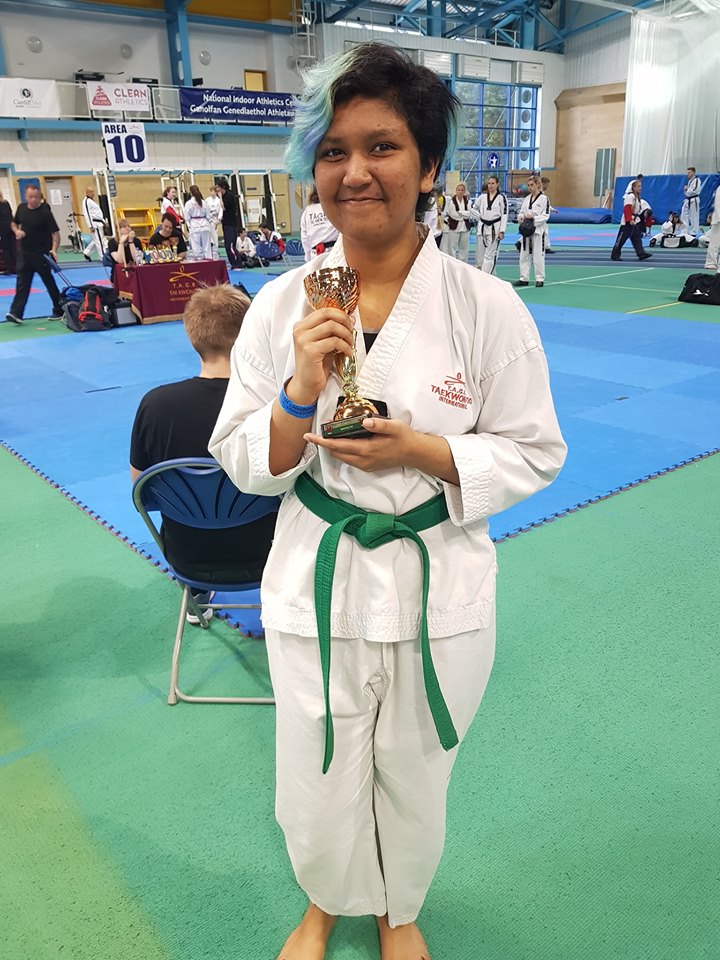 Filzah with her bronze