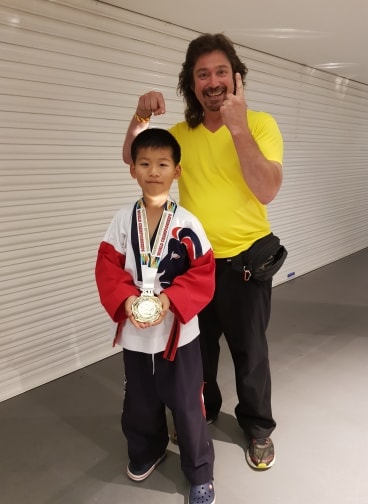 Over the weekend of 21/22 July, the TAGB played host to the TaeKwon-Do International World Championships, held at the Arena, Birmingham. Here are Mr Martin’s thoughts on the weekend…

“The world Championships in Birmingham. Wow. This was not just another tournament. There were competitors from as far away as Australia, Argentina, Nepal and the USA. It was an early start for me (and Mrs Weare and Mr Smith) on the Saturday (officials had to be there by 8 am).

The opening ceremony certainly created an atmosphere. Day one was mostly coloured belts. The day went smoothly and well; the venue was superb and between the officials and welfare officers it was like a well practiced organisation. In the background however, we were running around like mad things keeping it going! I was a welfare officer; I got to see a lot of the action including many of my own students. Filza Fadzil got bronze sparring and Nathan Wong GOLD for patterns. Holy WOW! 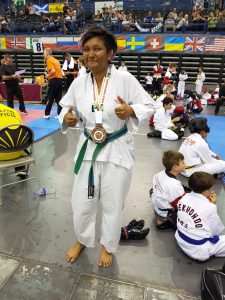 The Sunday seemed a little more relaxed, less numbers I guess. In the morning Tabitha Read got Silver at cadet sparring. That made me happy. Following the black belt individual events was the team competition. By then I could just pull up a seat and watch. Fabulous stuff. You just can’t see stuff like that on the telly. 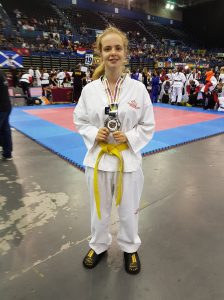 Tabitha with her silver medal

Look, I know it was expensive to enter but not that many of my guys and girls entered. You missed something. It was a fab celebration of our Taekwondo. Everyone who went enjoyed it. I hope the TAGB host another soon.”

Results from our clubs: 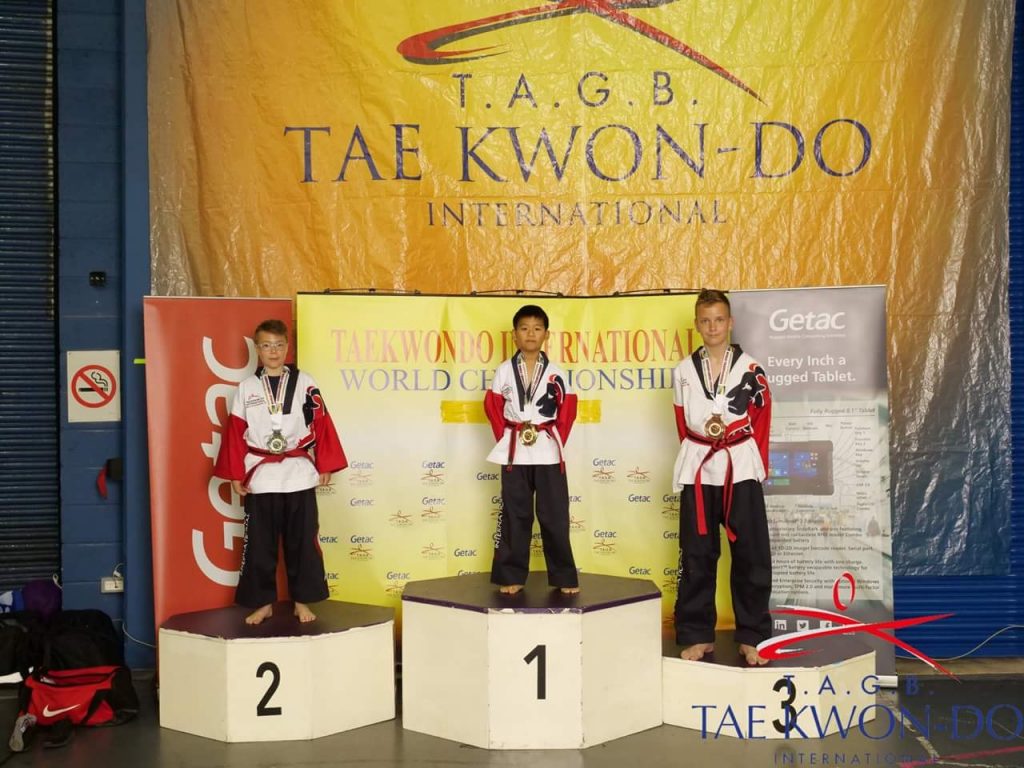